Corporate Interview with the Head of Treasury Operations at NVIDIA

Julie Nicolas, Chief Growth Officer at The Finance Hive speaks with Deb Banerjee, Head of Treasury Operations at NVIDIA, a member of our nascent global corporate community on all things automation – and the benefits of benchmarking approaches with peers.

What are the key manual pain points that still exist today in the industry?

Some of the key manual pain points that I have witnessed across corporate Treasuries in the last 15 years, is the resistance to move towards more automated systems and that is primarily a cultural issue that cuts across demographics and people ‘If it’s working, why fix it?’. And a very quick follow up on that question is – If something does go wrong with an automated system who will help us problem solve?

Another issue that I have often times noticed is, that the more complicated an entity structure is, the more challenging the mid office/back office processes become, for eg: back-to-back trades because not every entity will have an ISDA in place and that becomes an operational nightmare when you have to confirm, settle or account for those back-to-back trades. 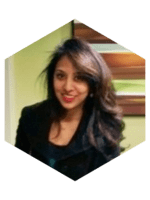 From my perspective since I have started working in Treasury Operations and even in my time as Head of Cash Management at NVIDIA, bank files have kept changing formats. Companies starting their operations nowadays are going to have an advantage because they’re already in the world of the API. Companies that started around 20 or 30 years back will have to struggle with different file formats for different regions which makes it a huge challenge to get it into the Treasury management system or their ERP.

The question often is – which file format to adopt for both completeness and portability? The only real and true information you get is when you benchmark with other corporates which makes platforms like The Finance Hive so beneficial to us.

And as everybody in Operations knows – paperwork is a huge pain point. If you don’t have the right ISDA or MCA in place, documentation can very quickly spiral out of control and it’s usually up to the middle office to get signatures. A trend that I really do appreciate is how during Covid people had to get innovative and move away from wet signatures and there was a broad adoption of DocuSign and other such innovative tech.

Do you think there’s a resistance to moving towards automation because of the way the company was set up?

For the  companies that were set up somewhere in the 70s and 80s, they had no idea how their business would transform, both in complexity and geographically, and what their expectations would be from their Treasury groups and Treasury systems in the future.

The technology that supports Treasuries also has evolved very quickly.. We are all playing a bit of catch up here, at least in  Silicon Valley where we have witnessed massive growth and as a result a huge dependency on the Treasuries to give quick and accurate information and forecasts.

When companies grow so quickly they’re just running to stay in the same place. Basically, you have to keep the wheels moving, you have to get the quarterends and month ends done and as a result there is no time to actually set up a good foundation. I think it’s great when leaders take time out to build a strategic vision for the future.

At NVIDIA we started a treasury transformation project a few years back which involved a complete Treasury system overhaul and revisit the integration points and how the platforms talk to each other.

By unlocking the true value and power of the Treasury systems we can then motivate people by showing them what the true benefits are; like removing manual/repetitive tasks and allowing the system to do both the grunt work and provide all the information needed to do some truly valuable analysis.

Do you think that is the main trigger why these pain points still exist today?

Yes, because it has to be a very conscious decision to move away from what you’re doing – which is the maintenance mindset – and actually have a strategic vision so that the leaders can pull their teams away from keeping just the wheels running to a place of optimum efficiency. When management understands that there’s no way that their teams  will be able to cope with the volume that will come to them in future, that’s usually a good trigger to automate.

The key should be to make sure that what we are building is not dependent on one person because the moment that person leaves for a different job or moves to a different company you could lose their email and lose access to their Excel sheets so it’s all about putting everything on collaborative spaces and shared folders so that you don’t lose out on any of that information. Also that one magic word still holds true to this day – DOCUMENT!

What has been the consistent message that came across in the sessions you participated in with your Corporate peers at The Finance Hive?

There are so many improvements that corporate treasuries would like to make happen but there’s either a lack of peer to peer dialogue which means that they can’t reach out to their peers and see if they are going through the same struggles or it’s again because they’re so busy with the day to day that its difficult to take the time out to connect.

One consistent message is that a lot of the front office corporates – that participated in the previous Finance Hive Digital Boardroom – wanted to get more streamlined information so that they can act faster– like multiple RFQs on the platform of their choice. Sometimes that is available on another platform, but they would like to see how they could funnel that into the platforms that they are using so that all platforms speak to each other a little better.

What have been the insights you’ve gained from participating in the Finance Hive that you are thinking about implementing at NVIDIA, and have you had the chance to discuss these insights with your colleagues internally?

While participating in The Finance Hive one of the experts that you brought into the Digital Boardroom mentioned that the fees on one of the portals we are using is considerably lower  and there is no concept of a contract there and that kind of information is definitely valuable in case I want to port over to another better vendor.

The other issue which we face pretty often is that the front office always want to have the best economics for their trades –. This they do by netting a bunch of trades into one large trade before sending it out to the counterparties so that they can get the best rate. Downstream that becomes a problem because back offices would want it broken down into individual tranches so that settlement becomes easier.

What we discovered, is that this new FX system that the Industry expert mentioned, can actually take in these tranches at the origination of the trade and net them and then break them down for settlement again – that was a great win as this has been such a struggle for Operations for a long time. But again, if you don’t have these sessions and you don’t have candid conversations between platforms and industry experts it becomes very difficult to get these very valuable pieces of insight.

Are there any success stories that you’d like to share where things have been automated at NVIDIA?

I was brought into NVIDIA with the whole idea to help with the Treasury transformation journey and we started implementing a lot of modules of the Treasury workstation that we weren’t using or utilizing as much as we could. . It was then that we decided to partner with one of our main banks to Infopool. Through Infopooling this main partner bank was able to bring all the regional bank statements and balances into our workstation giving us a tremendous amount of visibility.

We’re also trying to make things more straight forward so the plan is to get our Debt Tranches onto the workstation as well and hopefully that will become a success story. Once we have our debt tranches on the platform we’ll be able to send out interest payments, accrue amortization in the workstation and basically just move away from Excel.

I want to also restrict access to bank portals and move more users into the workstations because there are so many different kinds of user risks right now, by moving away users from the bank portal it not only increases efficiency but it’s actually protecting ourselves from phishing, scams and fraud. People move and leave their jobs and their user IDs are still there, there is so much corporate risk if that’s not managed as well.

Why do you think it’s essential that we get together as a corporate community on a regular basis?

Compared to the last decade things are moving at lightspeed and a lot of the corporates that you bring in are from the same industry and facing the same issues. It could be a country specific issue i.e.: How did you handle this problem in LATAM or how did you handle that in China?

Or, if you want to adopt a system you’d always get a very one-sided story from the Vendor Sales Team so having those conversations with your peers to understand the challenges can be invaluable. Even if you already have started implementation those conversations keep you ready for what challenges may be coming your way because your peer just gave you a heads up and you won’t be blind sided!

It’s about constant learning and you need to do this regularly because nothing is static anymore – we’re having acquisitions, we are  selling off component businesses so everything is in a constant state of flux.

When I talk to my peers on a regular basis it’s like a check point as you can keep track of their progression as well as your own. These sessions force us to come together because who in their normal lives would have time to benchmark with so many different companies at the same time?

What The Finance Hive provides is so much knowledge and so much information in one platform and that’s incredibly powerful because it’s all concentrated so you get a lot of concentrated goodness out of it.

Is there anything additional you’d like to hear more about in the future? What do you see as the next trend?

I’d love to know if anyone has moved into the world of API’s to be able to send out and wire or interact with the banks? I think API is definitely the next gen of evolution which makes things a lot more streamlined and it helps create a dashboard because the biggest problem for us cash managers is sending out a payment; and then waiting to get a successful response, especially in case of high priority wires/payments.

An API will allow us to have a dashboard which will make everything more visual and intuitive. I wonder if any other corporate has started this journey and what are some of the challenges they are facing and any benefits they have started reaping already?

Resistance to automation is a purely cultural issue”

By moving users away from the bank portal it not only increases efficiency but it’s actually protecting ourselves from phishing, scams and fraud”

Compared to the last decade things are moving at lightspeed”